Moral: Wherein we consider two seemingly disparate (but, not) views of current matters.

As an aside, Morgan Stanley is quoted as saying that it's tough to beat the S&P for several reasons. Their research says that only 20% of the actively managed little bundles of money were successful in 2014. ... You know, one might say that it's also a small percentage (overall) who can take out "gains" during boom times. When we have downturns, losses are general.

So, that may call for some dampening notions.


-- Now, for the first issue, someone used "casino" in reference to the millennials. The article called them, the Ben Franklin Generation. Too, though, they will be the youngest set when things do return to normalcy (euphemism for a reversal). So, we need to keep them in mind, as a separate group, as we discuss matters. Their emphasis on technology is short-sighted, however, when things do fall apart, we will be able to, then, get some attention upon the important issues. Which are? Well, they're scattered, by reference, throughout these posts. In total, the view is coherent, albeit integrative work may be necessary to bridge what might seem disjoint to the casual view. 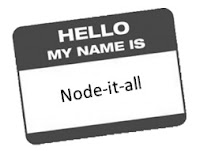 -- So, let's get to the real issue. Here and in the other blogs, we have used undecidability a lot (especially, in truth engineering). Basically, think of it as this issue: unless we have experienced a situation before, we have very little clue about things that are involved. Or, much of computing is repeat (actually, it's one of the big frames in science's process) - and, I am not talking, in particular, about issues related to deterministic views (an important concept).

Rather, there is this proclivity toward "vertigo" that is overlooked. Why? Cleverness, essentially (a really simple analog is error-correcting code). ... Now, computation has been more of a boon than a bane, until now, for many reasons which we will go into. But, the bane aspect will become more prevalent, and I am talking more than "data-driven" hell  (Janet needs to exude the "wizard's" aura). ... So, much to discuss. But, in modeling via computer, cleverness entails compactification of sorts. Call it closure, if you would.

The motivation is to allow decisions to be made (albeit, default reasoning can go a long way without contributing more problems) via various intricate means when normalcy will not allow itself to be found. ... In many cases, some type of thing (one might call it a node-it-all) finds itself as the basis - whether asserted or inserted, it does not matter. This "thing" has all sorts of looks; in some cases, it's hidden via a mathematical system definition. Using "node" is meant to imply an emphasis on logic and decisioning.

And, to equate (associate), in your mind, "node" with "knowed" (yes, true, simple past tense) is not off the mark (we have a whole lot to say about that - let's, for now, defer this discussion of blindness vs delusionality. Okay?

Finally, there has been much allusion to Facebook (FB) playing all sorts of roles in the discussion. Now, we can offer some hints. FB cannot be a node-it-all; nor, can using FB allow one to attain this state - actually, we don't have to go far beyond the "feed'ing frenzy" examples. Nor, I might add, can anything created (ah, yes, infer here as you wish, we'll get to this). That we seem to have all of this success is due to a lack of proper insight (and hubris); some say that "karma" might apply, as a concept. I say, just wait, the unexpected will bite you on the arse (do we not want that for fairness many times, albeit that we see some who seem to "play with fire" without getting burnt - how many hapless might, though, suffer from the actions of those who play?).


06/16/2015 -- We will start to expand upon the theme as it relates to truth engineering (concepts essential to a balanced proliferation of AI - that is, safe for all of the people, especially the hapless). ... So, what is "eating the world" now? Marissa agrees with Marc that it's software (see Marc's slides at Slideshares - there is a transcript). Some say data. ... We'll weigh in from the viewpoint outside of the mobile mania. ... Eventually.

12/28/2015 - I started using Quora in July 2015. Quora answer using know-it-all (Do-female-users-get-harassed-for-the-question-answer-they-posted-on-Quora/answer/Annika-Schauer) which state implies some type of closure (compactification). When such is displayed in science, and other realms of study, it can be very much problematic.