Moral: Wherein we start the new year by looking to Boston (well, Cambridge).

They gave us a gift: 737MAX: A Failure of Management, not just Technology. You know, I've waited 15 years for this.

FEDaerated came out of watching the FED and the economy using Boeing as a basis given the breadth of its coverage, especially dealing with technology.

We will be going into how the computer is the main source for the confusion that we see. Another? SciFi and its addling of the human brain.

Posted by AJSwtlk at 3:12 PM No comments:

Moral: Wherein we muse about the tomorrows.

Lots of themes pending. The U.S. FED just pulled out all stops and placed us in unknown territory that's even more remote than where Ben/Janet left us. Which is okay, as things will pull out. Will we learn the necessary lessons?
So, with the proverbial punt down the road, we'll let the year end.
Remarks: Modified: 12/29/2020

Posted by AJSwtlk at 8:10 PM No comments:

Moral: Wherein we point to the fact of not being lazy.
This theme is central to about all the the world of business does. However, we have even more going on than the last go-around (2008).

For now, here are pointers to current work is being done:

Posted by AJSwtlk at 6:16 PM No comments:

Moral: Wherein we see the world for what it is.
So, we are back to management by the seat-of-the-pants, again. That is, from the point of view of economics. On the last downturn, Ben was very creative, leaving us things unreckoned with still with his QE and like.

However, this time, we have a real emergency on hand. The medical part of the economy is being expected to pick up the pieces. That is, almost work miracles with limited resources. They and other essential workers are free to go to work. And, we know, that's not any type of vacation.

While the rest of us cool our heels. I have been busy. We are at the 1st day of the 5th week where I am with no known date for when we might be free. But, even that freedom will have new costs associated with it. The huge one is that testing is only of the time. Walk out the door, and one might get exposed, again.

So, these are a few thoughts to be discussed, further.
Savers are still being flayed. The Fed guy saw to that. For what? The ca-pital-sino can continue to fill pockets of the rich while the hapless suffer and distract us from the real work? As well, We are spending money, supposedly backed by debt. Gosh. Forever debt? Who is going to pay for all of this largess going on? Besides, before now, students were up to their necks in debt, businesses were playing fancy and free with taking on debt, the ca-pital-sino was saying, our bank is open, suckers, come in and use your debt to play silly games. Need I go on?

Moral: Wherein we look at the world while it turns.
We used that concept before, in another whole context. But, it was in 2008 (and in 2012). We have that, again. That is, we're at 2020 and no better off than before. That is the economy with respect to some mode of stability.

So today, we saw a large drop after a few others. This? Despite, the FED meddling. Yes, they took the little pittance away from we, the savers. A lingering story just awaiting a closer look. 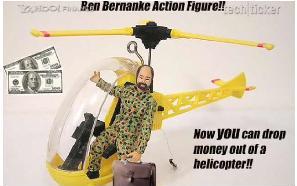 Notice something about this blog? It was fairly consistently active until 2015. What happened then? Quora is what happened. I started there in July. By October, I wrote about the First Quarter at Quora. The focus there is broader as is the whole of the dynamic. Either you like it, or you do not. For me, it has been an interesting journey which can be described further. Relates to technology and to how we get hype (say AI?).

Same goes for finance and economics. So, we're back to this as the time is right.

03/12/2020 -- On Quora, 1st use of the co-link: The NY Fed is pumping trillions into the Stock Market. How does this benefit Americans?; 2nd use of the co-link: The other day Larry Kudlow claimed that America had tried helicopter money before and it didn't work - what was he referring to and are we sure it wouldn't work in the current situation we're in?

Moral: Wherein we gloss over matters.
This year, we had the 737 Max in the spotlight. So many business themes relate to that. We'll be back.

Moral: Wherein we finally see the world's platter filling or not; same thing as when we started back in 2009. A new set of nuances to ponder is all.

Two days ago, the Fed lowered the discount rate (interest). By a quarter point, as they say. Which isn't much, but we have been creeping along with that type of raise now for a little bit. After all, we're not at zero any more, but we're also not near the 5.25% (whatever) that was there when Ben started his cuts back in the aughts. He left, and Janet eventually started the upswing.

She never got the tape tantrum. I guess energy runs down after a while. But, we're seeing addicts act up, again. Some say that the Fed has been administering to the patient (IV wise) and finally was getting to toward release. One might say that the training wheels were being taken off the economy. Gosh, late teenagers needing training wheels? What a sight.

Funny thing? Well, the Fed met on Weds, and things (say, the DOW) wobbled up til then and went down right after. It was said (don't you love this little daily - hourly? - rationalizations?) that the 'investors' (gamblers?) we trying to get right with the news. Whatever it is, there is always some type of assessment.

Well, there are other factors which we'll not mention now. But, the Fed guy said, essentially, don't get used to this little bit of continuing largess. It's not a series. A mini-tantrum ensued? Wouldn't you think? But, the DOW started up on Thursday then went down. And is down today.

One can expect all weekend, oh, people's poor retirement, it was clobbered this week. As if. The real value was extracted long ago. Funny numbers do not capital make, but we have a long row to hoe there. Continuation of the message from the start in 2009.